Request Retailer Contact
1/22
Many of the latest electric vehicles won’t be able to take advantage of the grant.

The price cap was £50,000 before, which means that a large number of new electric vehicles will no longer be able to be purchased with the help of the grant. Let’s take a look at the cars that aren’t eligible for the discount anymore. 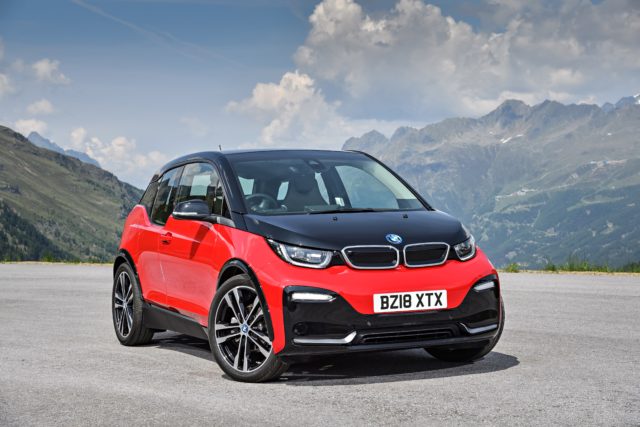 BMW’s long-standing i3 was previously well under the £50,000 cap but has fallen foul of the Government’s latest measures. Priced at £36,575, it comes in just over the new limit which means that drivers will no longer be able to use the grant on this compact yet premium-feeling model.

Though it’s been on the market for some time, the i3 continues to be a popular option.

The e-C4 remains composed on the open road

Citroen’s latest e-C4 has only arrived recently, but in top-spec Shine Plus form, it costs just over £35,000, meaning it no longer qualifies for the plug-in car grant.

It’s a striking looking thing, the C4, and though lower-spec versions do come in under the £35k limit, the Shine Plus’ appeal will mean that many will be affected by this change. 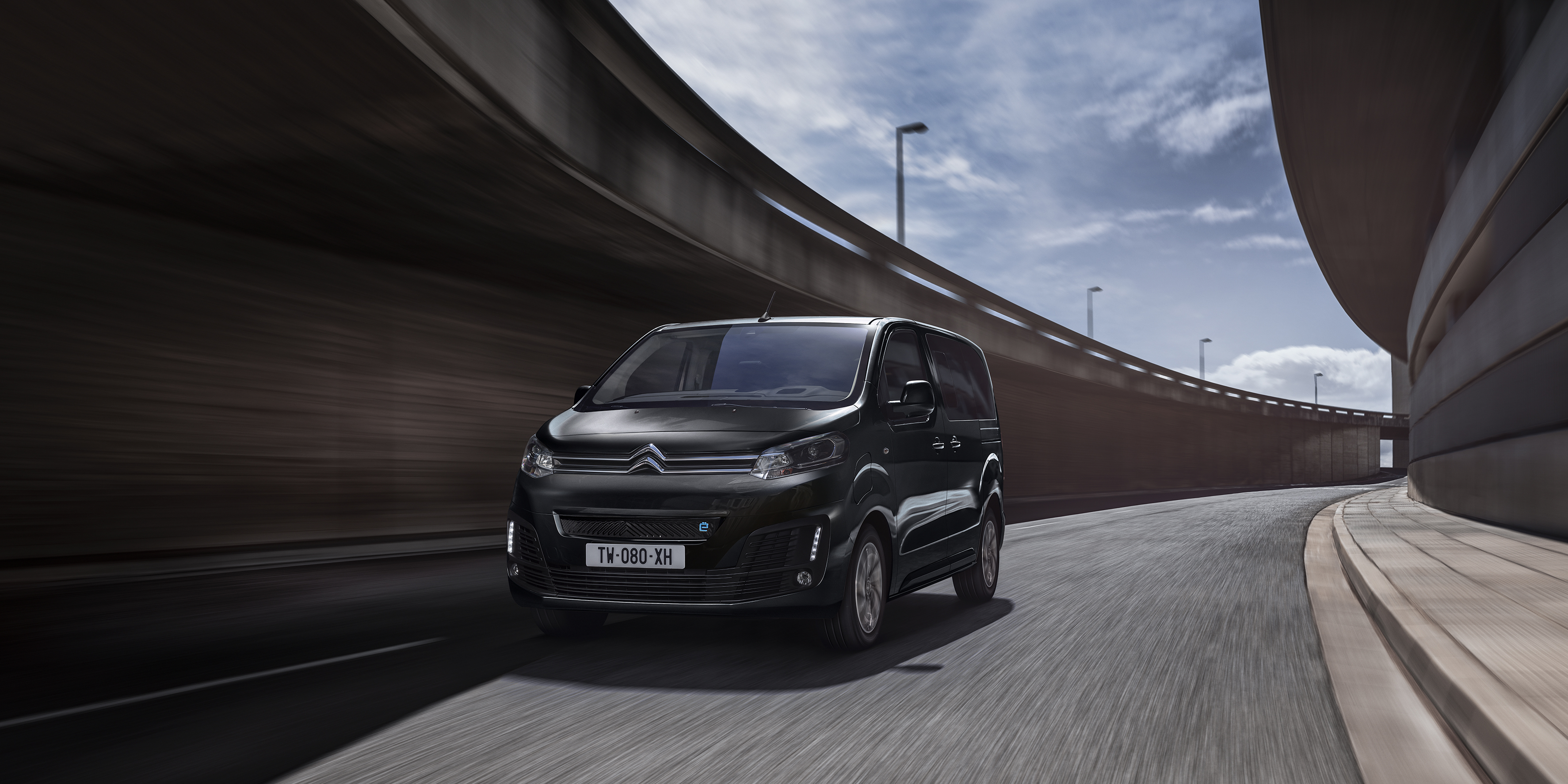 Citroen really has been pulling out all of the stops when it comes to electric vehicles and its e-SpaceTourer is one of the more recent additions to the firm’s range of EVs. With eight seats this MPV is a more practical option, pitched towards larger families and private hire firms.

However, with prices starting from £48,615, it is no longer classified as eligible for the grant. It had previously been able to – just – take advantage of the saving.

DS is making strides as a premium alternative to more mainstream manufacturers, delivering cars that are not only good to look at but good to drive, too. Electric powertrains are key to its future plans, while its DS 3 Crossback E-Tense is one of its core EV offerings.

It must be said that the vast majority of the DS 3 Crossback E-Tense range falls under the latest price cap, but the top-spec version will no longer qualify for the grant. Ford’s Mustang Mach-E has arrived as the firm’s first EV, but has already been cut down by these plug-in grant changes. At £40,350 it would’ve easily come under the previous £50,000 limit, but the adjustment to the grant means it’s right in the headlights.

Benefiting from the classic Mustang name, the Mach-E is a new interpretation of performance, bringing powerful acceleration as well as decent handling.

The Hyundai Kona has been given a striking new facelift

Hyundai’s Kona has been a poster star for the EV segment, bringing affordable electric motoring as well as a surprisingly decent range. However, if you want it with the largest possible battery and therefore the longest range, it’ll cost well over the £35,000 limit.

Though there are less expensive versions available, the 64kWh battery version is the only one that can return more than 300 miles from a single charge.

The Hyundai Ioniq championed the choice of three powertrains – hybrid, plug-in hybrid and fully electric. The plug-in car grant doesn’t apply to the former, but it used to make a big impact on the latter. Now, however, it can no longer be used on top-spec Premium SE models.

Again, there are lower-priced versions that can be bought with the grant included, but you’ll get no help if you want to opt for this tip-top version.

Kia’s Soul EV packs all of the aspects you could want from an electric car. It’s good to look at, packed with features and it has a decent range too, while speedy charging capacity means it can be topped up in no time at all.

Kia is being hit hard by this move, with not only its Soul EV being affected but also the big-battery version of its e-Niro. The 64kWh car offers the best range in the group and, though like others there are cheaper variants on offer, you’d need to opt for this one to get the best range possible.

The e-Niro is another car offering three powertrains – hybrid, plug-in hybrid and electric – but it’s only this latter version that used to be available with the grant. 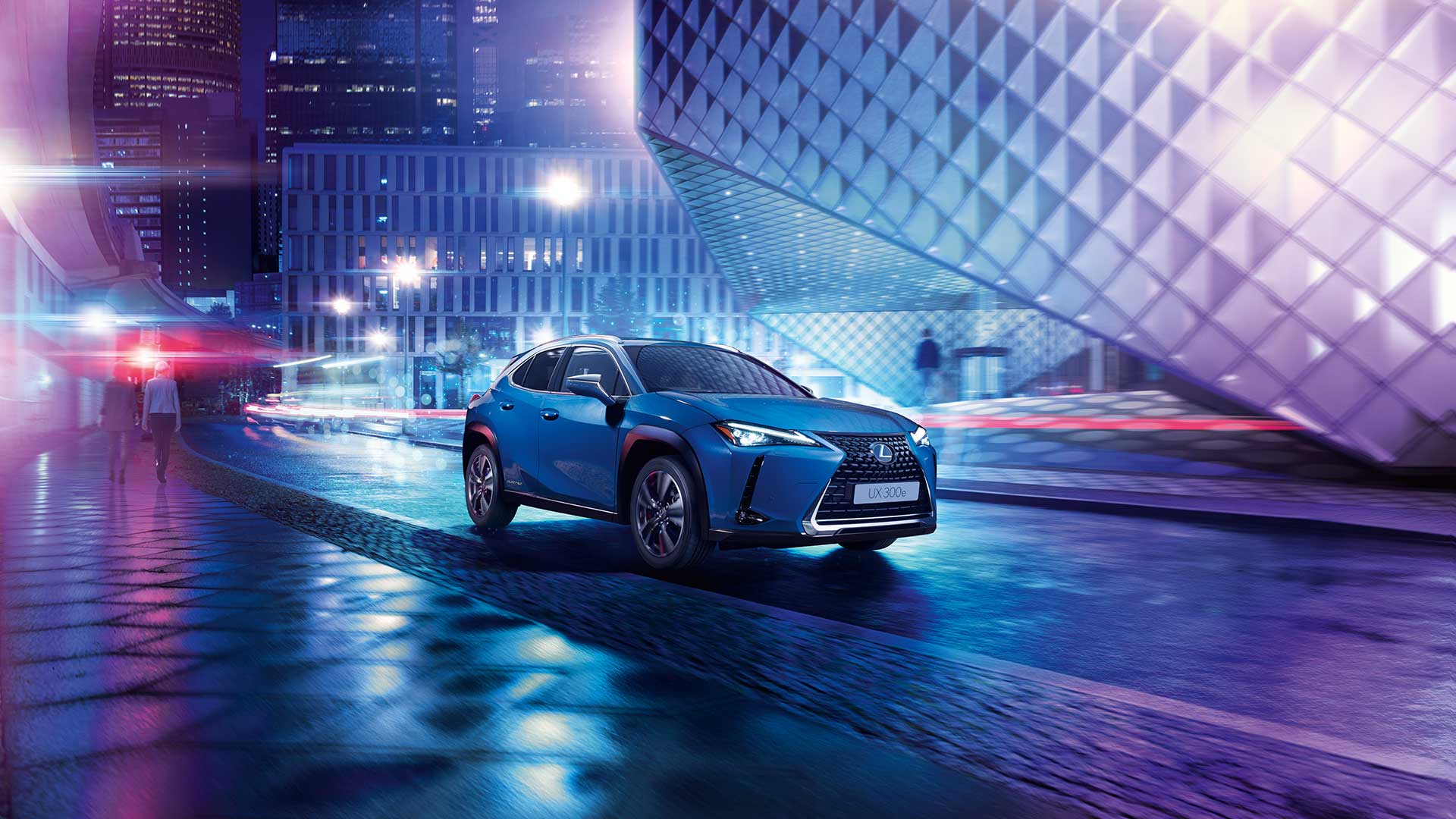 Lexus already has a good reputation for making hybrid vehicles, but it has only just dipped its toe in the fully electric water with this – the UX300e. However, despite being only on sale for a short period of time, it’s already been hampered by the plug-in car grant news.

The EQA is set to arrive in dealerships this spring

Mercedes is kick-starting an electric car offensive and has already introduced its EQC SUV, but has bolstered its range with a smaller version – the EQA. Just one powertrain is available – delivering a claimed range of over 260 miles – but its £43,495 list price means it can’t take advantage of the plug-in car grant anymore.

It’s a car on the premium end of the scale, so it’s likely to come as little surprise that it’s being excluded. It will, however, likely come as a surprise to Mercedes which will have ensured that the EQA fell under that former £50,000 price cap.

The Leaf has been given a raft of updates

Nissan’s Leaf is a hugely popular electric car, having been on sale throughout various generations over many years. The most recent model is the most capable model yet, with a decent range and good charge times, too.

However, if you want the best possible range from your Leaf, you’re no longer going to be able to take advantage of the grant, with the big-battery 64kWh variants costing £35,695. The Peugeot e-2008 has proved to be a surprising hit in the EV segment, providing a good range and a well-finished, classy interior. However, all but entry-level Active Premium and Allure are now excluded from taking advantage of the plug-in grant.

It means that if you want a car with more equipment, you won’t be able to use the plug-in car grant any more. 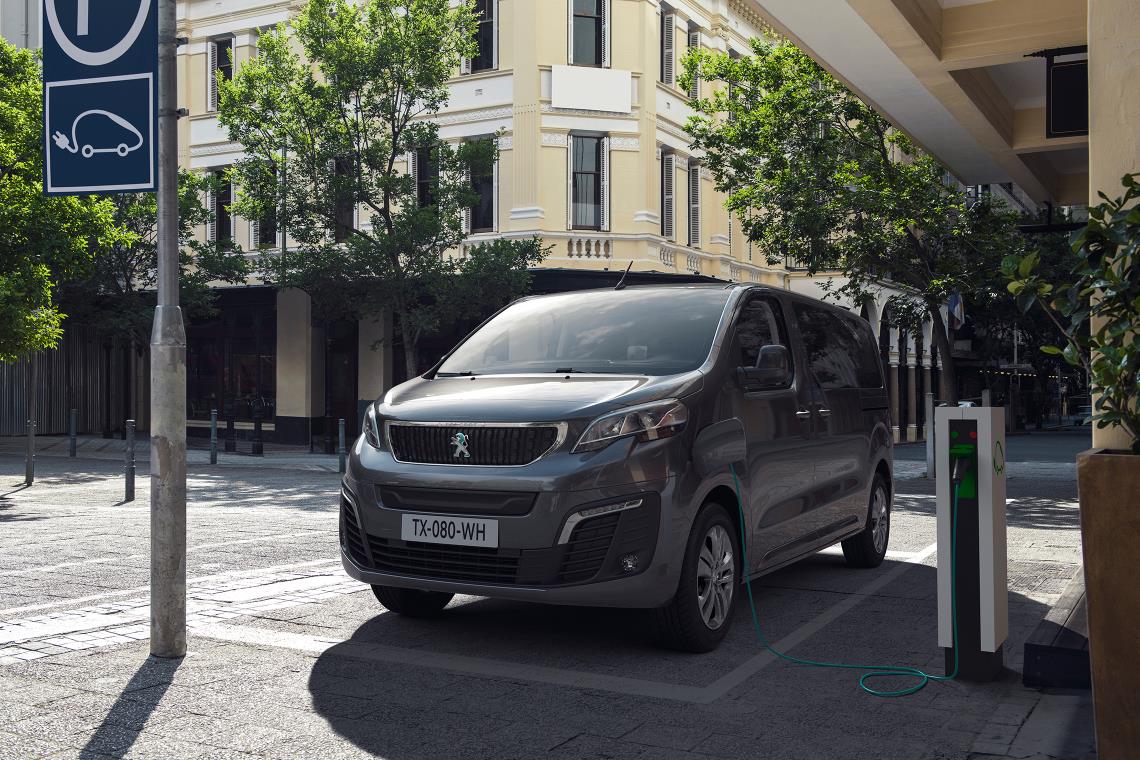 The e-Traveller can return more than 143 miles between charges

When it comes to electric vans, many manufacturers are launching their models as shuttle buses first, as these are often used for short-distance drives. However, whereas the e-Traveller was comfortably below the old price cap, it’s now well above it.

The Polestar’s design gets heads turning

Polestar’s striking 2 arrived as the newly-formed firm’s new electric vehicle, following on from the equally head-turning but left-hand-drive-only 1. At £49,900 it previously slotted underneath the £50,000 price cap by £100, but sadly is now some way off the new £35,000 limit.

With a technology-packed interior backed by decent materials, the Polestar 2 has certainly made a name for itself in the segment. 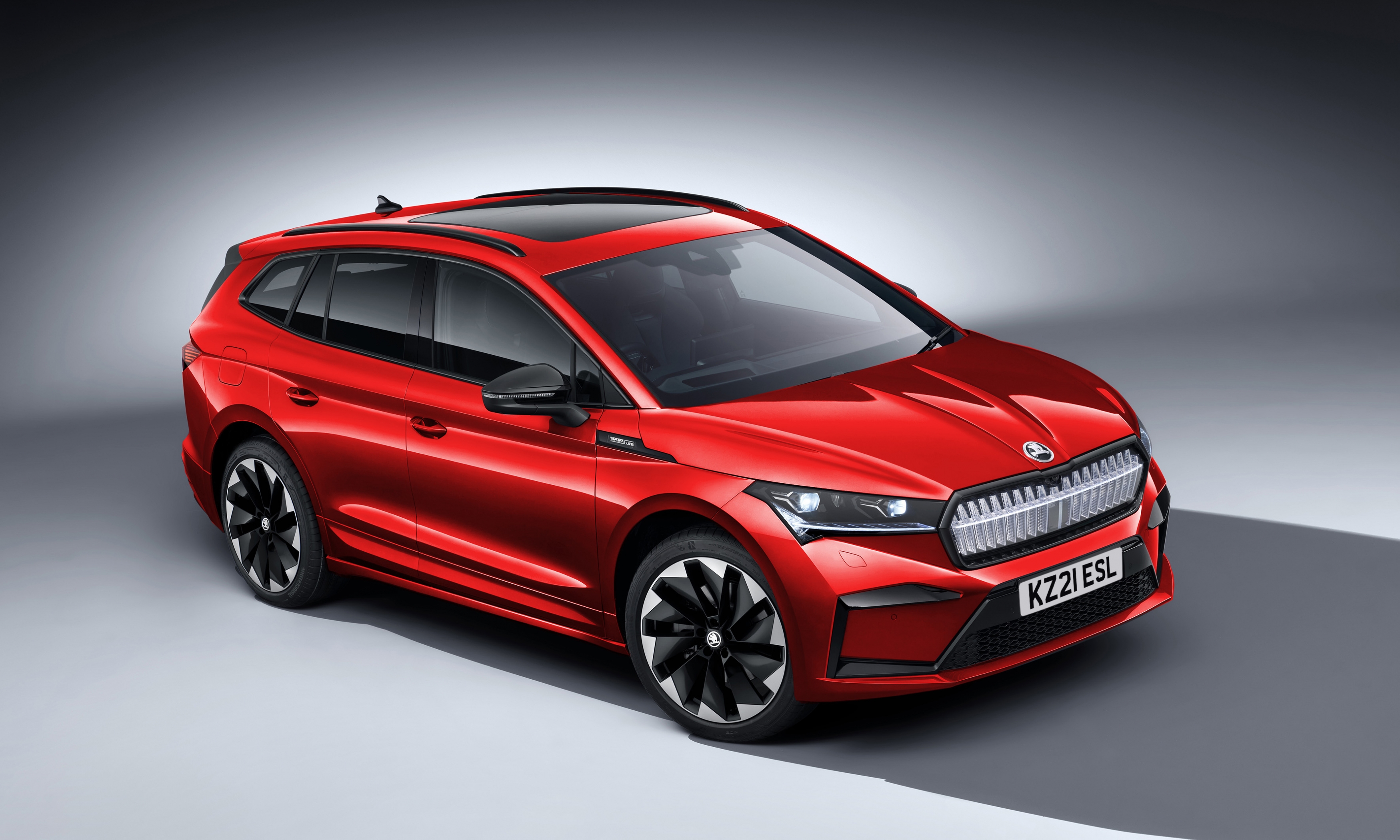 One of the most-anticipated EVs of the year is the Skoda Enyaq, sporting smart styling, impressive practicality and typical Skoda value for money. However, this is another victim of the new price cap, seeing only the lower-spec trims eligible for the discount.

Tesla’s Model 3 is one of the most popular electric cars on sale today and one of its key attributes has been price. At £40,490 it brings one of the best ranges for the best price, as well as a host of cutting-edge features and, of course, access to Tesla’s excellent network of Superchargers.

However now, it’s no longer available with the plug-in car grant. Performance models were already excluded, but it means that regular Model 3 cars can’t take advantage of the saving.

Vauxhall’s Mokka-e delivers a range of over 200 miles

It’s been a few years since Vauxhall made truly desirable cars, but with the new Mokka-e there’s a hint of a revival thanks largely to its funky styling. There are few brands considered more mainstream than this, so it will be disappointed to learn that only the entry-level Mokka-e is now eligible for the grant.

Another brand going down the electric van shuttle route is Vauxhall, however, its effort is considerably cheaper than Peugeot’s. It’ll be interesting to see if the price drops as it’s currently less than £3k above the threshold – perhaps a lower-spec entry level model will be introduced? Becoming the Golf of a new generation is a big ask, but that’s exactly what the ID.3 is trying to achieve. However, part of achieving that is to be affordable to the masses, so Volkswagen will be disappointed to learn that only the entry-level ID.3 is eligible for the grant, with higher trims now too expensive.

The ID.4 arrives with an electric range of over 300 miles

Although the ID.3 was pitched as the new Golf, the ID.4, with its crossover-esque styling, is projected to be the biggest seller going forward. However, that could take a bit of a hit in the UK, because prices start around £40,000, meaning it’s comfortably above the new threshold whereas before it fell well beneath it.